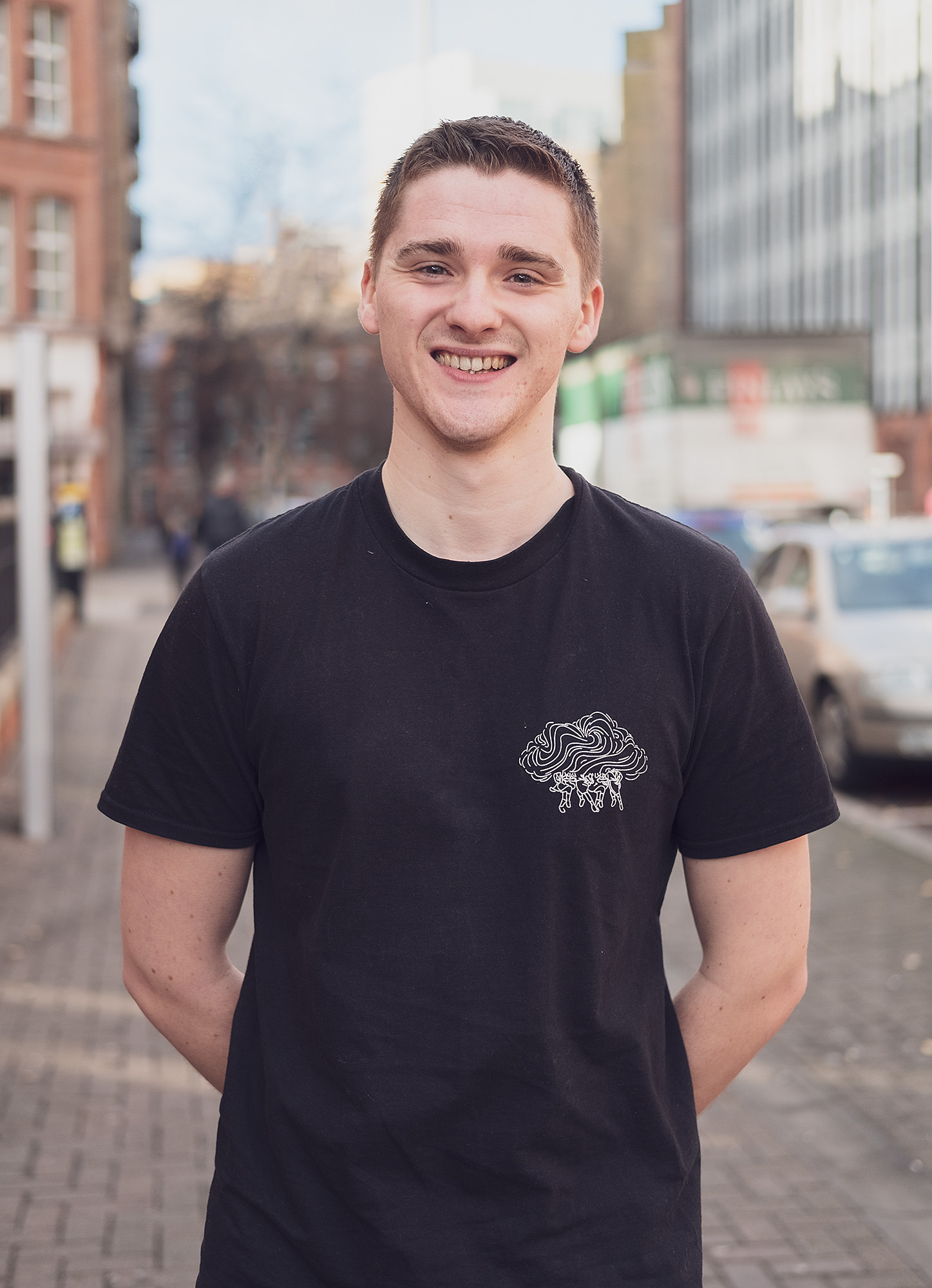 Matthew Thompson launched Best of Belfast in 2017. A writer and lover of podcasts, he was initially destined to be a social worker. But, following the oft-worn path of leaving and hoping to never return, Matthew left Northern Ireland at 18. He went first to Rwanda for three months and then to New York for three years, working with homeless people and gang members in East Harlem. He met his wife in New York and they returned with the idea of Matthew studying. Instead, he worked as a gardener and Deliveroo rider, the latter feeding his passion for people: “Interacting with the people who call Belfast home, you get to look under the rug of the city a little bit and see the good bits and bad bits.”

Best of Belfast is Matthew’s celebration of a new found love for Belfast. A podcast featuring people from across Northern Ireland, it aims ‘to be a breath of fresh air and showcase all the best things Belfast has to offer.’ It’s about Matthew “having a real curiosity in the people, and seeing Belfast as a beautiful place for the very first time. The people are really inspirational and a kind of breed of their own: there’s a really hardworking, creative, entrepreneurial kind of spirit that’s just rife in the city.”

What is the challenge you’re working to address in Belfast?
The biggest challenge that Belfast faces is people not having an appreciation for where they live. It goes deep into our culture: we don’t like to celebrate each other. I love our sarcastic nature, but it can get a little unhealthy. We find it very hard to be proud of what we do, or to compliment each other, because we’re afraid of people getting too big for their boots. Too many people live their lives with a glass ceiling as a result. But, bigger than that, it has a massive impact on our sense of purpose. If you don’t love where you live, the thinking becomes, ‘well, if I’m not proud of where I live, then I’m not proud of what we have done as a collective group of people’, which then means, ‘well, I’m not proud of what I do’. But, if you don’t feel like you’re contributing to something bigger than yourself, something pushing people forward, pushing the world forward, changing the world and making it a better place, well you completely lose your meaning, you’re completely disconnected from a sense of belonging.

How are you thinking and doing differently?
The number one way to address that challenge is to make people aware of what’s happening. Take my conversion. I started to love Belfast when I started to see what was actually happening. And there’s so much happening. Traditional media isn’t designed to celebrate and, because it has controlled the distribution of stories for so long, it has helped to create this perception that nothing is happening. I’m trying to create an alternative to local media with the Best of Belfast podcast. People’s stories are always best told in their own words so I’ve chosen to remove the middle man and allow people to tell their own stories through audio. I’m not creating stories, just documenting them. I’d never done a podcast before and I didn’t have any technical audio skills. But I’m a podcast junkie. I think we’re living in an audio revolution, so I wanted to create a podcast that celebrates Northern Ireland. Instead of stirring up controversy, it’s actually stirring up a love and appreciation for Belfast. It’s about tapping into the incredible stuff that people are dedicating their lives to.

We live in a very small place. And it gets even smaller when you walk past a local gin or a local restaurant and realise you know the story behind it and the person behind it. Knowing these stories changes the landscape of the city and the way you interact with it. It’s about feeling connected, feeling a sense of ownership of your city. And that will hopefully encourage people to want to contribute to their city instead of just passively going home and watching Netflix. Once you start exploring things, you can start to change stuff, so I use the opportunity in the podcast to unpack parts of our culture that are never really explained. I always ask the question, ‘if you could take anyone from Northern Ireland out for coffee, who would you take and why’? Something like 25 out of 30 guests haven’t been able to answer. So it’s my way of exploring why Northern Irish people have a hard time celebrating each other. And I try to be very intentional in having a mixed bag of interviewees. Every community has a champion, a local legend, even if it’s the guy who works in the shop or the 80 year old who goes to parkrun every single week. Best of Belfast is about creating a platform where all these people can sit side by side. For me, ‘best’ is someone who is making a difference.

If people from local communities hear their local champion being celebrated, it has a major impact on pride: it reinforces the idea that ‘what we’re doing here is important’.

What will make a Successful Belfast for you?
A successful Belfast is a Belfast where people celebrate each other and when one person succeeds, everyone succeeds. It’s a city that celebrates itself and celebrates each other. Tourists seem to love Belfast more than the people who live here. If I had one wish for Belfast, it would be that people would know their neighbours and have a relationship with them, because lots of the city’s problems would be solved if we loved the people we lived beside. We can push ourselves forward even more once we love where we live and once we take ownership of it. It means people being responsible for their city. And I think that happens through honest celebration. We probably spend more time on the podcast talking about the challenges people have faced rather than the highlights, because that’s where the good storytelling is. The honest celebration of Belfast has to start there too. We’re a city of underdogs who always punch above our weight. There are always two realities to life: it’s beautiful and amazing and an adventure, but it’s also incredibly difficult and a fight and a struggle. People don’t need any reminders of how hard life is or what the struggles are. So, if you feed the narrative that life is an adventure and life is good then that’s how you overcome the struggles. And that’s what Best of Belfast aims to do in celebrating the city.