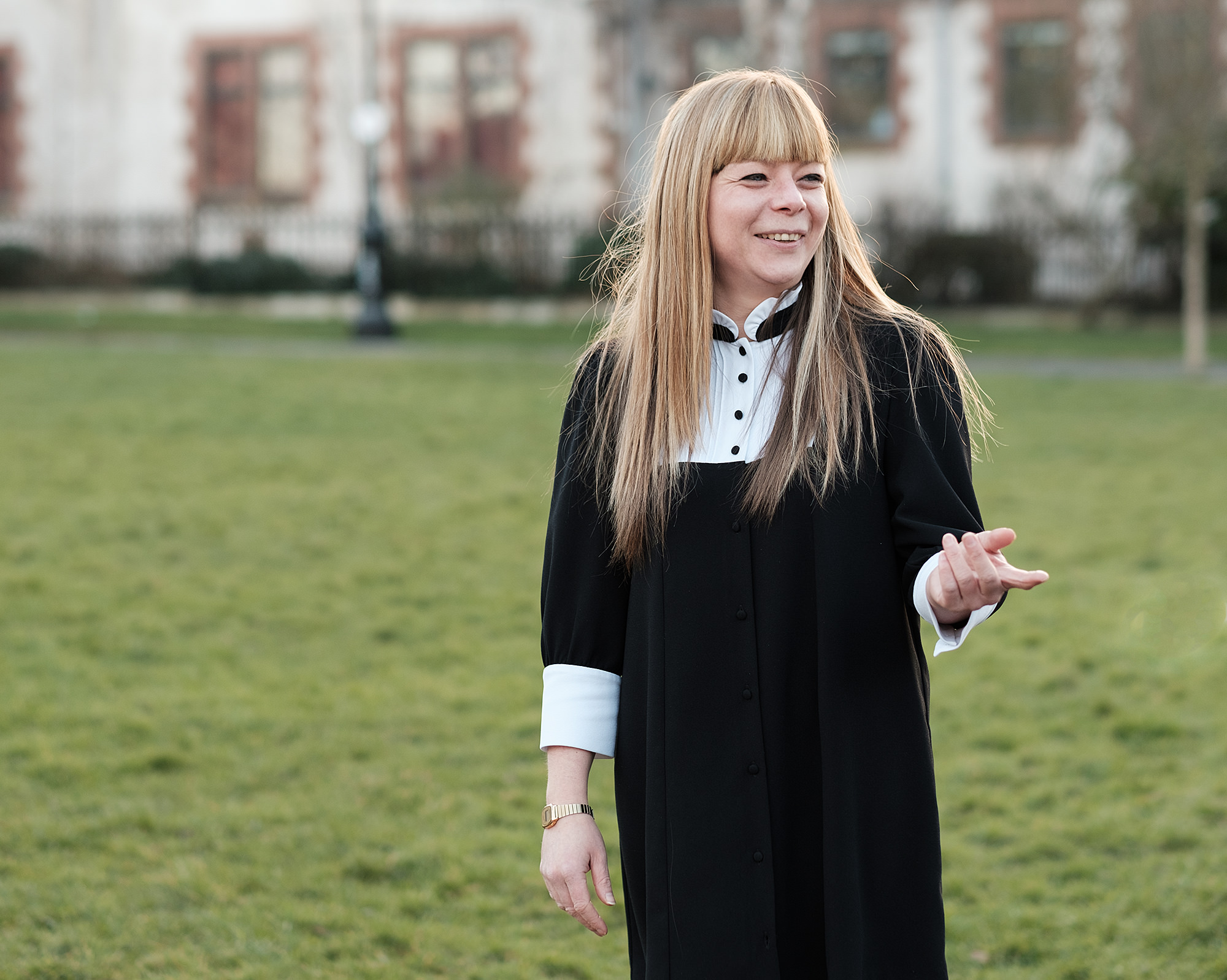 Dearbhaile Heaney founded The Holding Project in 2016. It aims to build affordable and sustainable housing for young people. Operating as a social enterprise, it seeks to find ways for housing to provide social and economic growth.

Dearbhaile works for The Prince’s Trust in Northern Ireland. Always “really, really passionate about creativity and art,” she studied design at Goldsmiths University and then at the Royal College of Art in London. With an early career in start-ups, Dearbhaile found her passion in helping people to start creative businesses: “half the time people don’t know how talented they are until they actually start something themselves.”

There are housing crises in lots of places around the world. And like all cities, there are set ideas in Belfast about what housing is and should be. But there’s also a cultural suspicion of newness and a lack of curiosity in the city. I love Belfast! I think it’s already successful! But I can still see where we need to do better. Systems are very set in their ways and we haven’t tested new ideas about housing because there hasn’t been a vehicle to do it. We have the added complexity of what the political situation brings to housing provision in the city. Basically, people haven’t been given the space and time to question how we house the city.

The Holding Project came from a very personal experience. My private renting life has not been happy: I don’t know how many times I’ve been ripped off. So, I began to think ‘there’s got to be another way.’ There are all sorts of housing models out there. In 2015 I became obsessed with the tiny house movement; the fact that everything is so accessible and open-source means anyone can create their own home. That’s so appealing. And after a trip to Copenhagen in 2015 where I saw shipping container houses, the idea for The Holding Project began to take shape.

I moved to Belfast in 2016 and knew I needed help. Within two months I met Sean and Chris who quickly became my partners in The Holding Project. We basically met every week over herbal teas and figured out who was going to do what! Our ideas sort of settled around transitional housing. Young people are much more mobile today because we have to be. The idea of saving for a big deposit when skills are so mobile is strange. So we started to think about micro housing for young people. But we knew people had to be involved in shaping what we did: housing ideas need to come from the people who will be living there. Our first public workshop was in May 2016 and a crowdfunding campaign followed in October. A 2017 Winston Churchill Fellowship allowed me to spend some time looking at housing models in the US, Sweden, and Finland.

Now, The Holding Project is more about trying to be that space for people to be able to test what the housing solutions are for Belfast. Coming from a set idea means you’re just coming from your own experiences. Our current work is about short-term experiments with real people from all walks of life testing how housing works.

One that embraces change. If creativity was allowed to flourish in the way I’d like it to, success would be lots of short-term housing projects that allow Belfast to find housing solutions appropriate to the needs of its people: intergenerational house shares, looking at the efficiency of space, capitalising on the amazing buildings that are being underused.