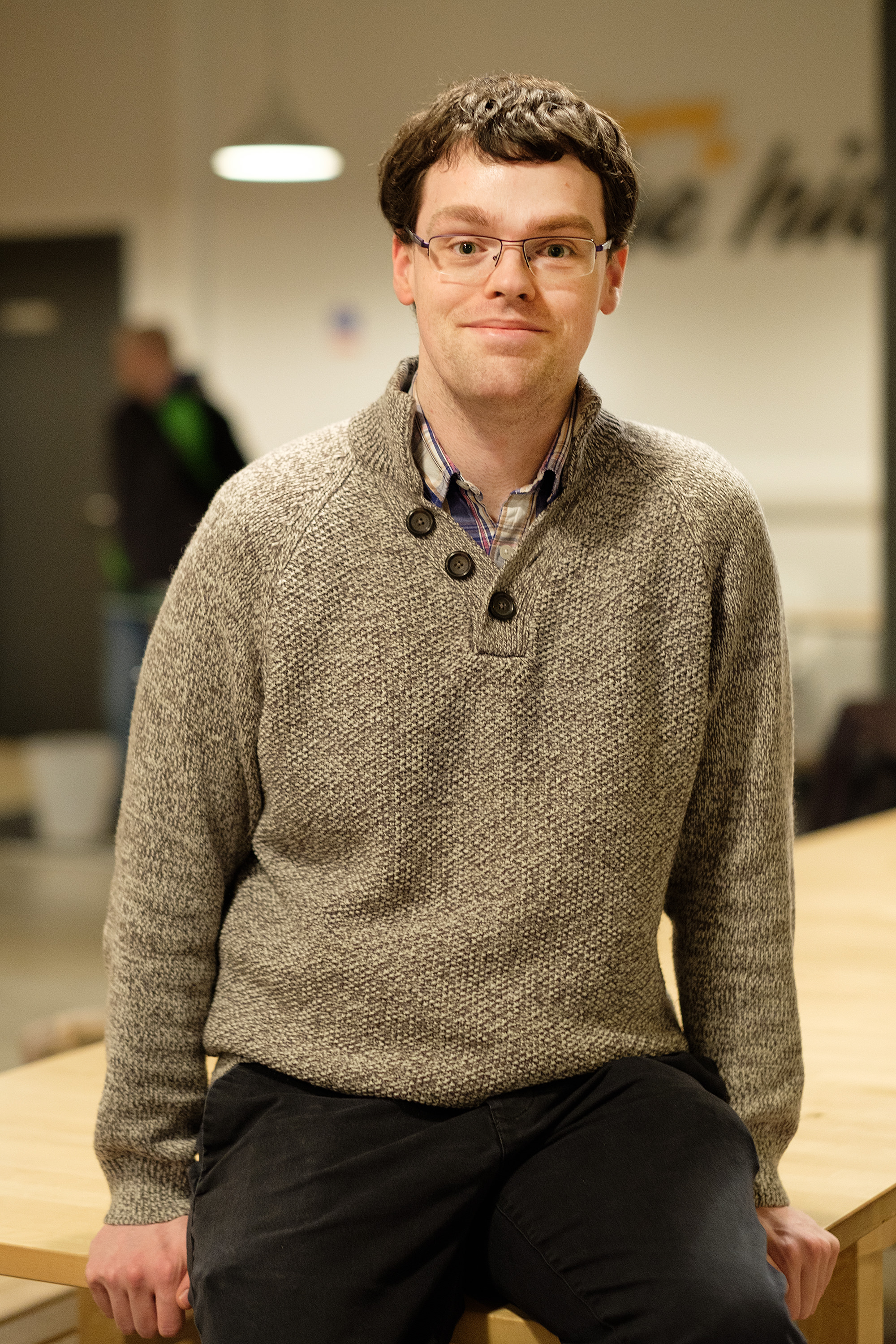 Chris Campbell is an Administration Assistant at the NOW Group. The organisation helped him secure a six month placement with a youth charity back in 2012. After studying for a Diploma in Administration at Belfast Met, and a short stint in Belfast City Council’s Building Control Department, Chris secured a full-time role back at the NOW Group. He is responsible for bookings in the Hive. This formerly empty building on the Grosvenor Road became the organisation’s base for its services in 2014.

Chris set up Fandom as a weekly support group for young people with autism, in April 2015. Although supported by his employer, Chris runs it as a voluntary effort.

I was trying to find different autistic support groups in Belfast, but big ones only met once a month. Existing support groups didn’t have anything to support my particular age group: what existed was either for teenagers under 18 or older people. As a city, Belfast could do a lot better at supporting people achieve their potential. The lack of support for people with a development disability has a huge impact on people’s confidence. It keeps barriers in place to stop people from getting involved in the city. The JAM card, launched by the NOW Group in 2017, is a part of changing that attitude, but we need to be better at recognising and understanding difference, and finding ways to support people to be more involved.

Looking at the support networks that existed back in 2014/15, they were all just monthly meetings, for two hours at a time. I thought, ‘how is that going to help anybody?’ if they’re only meeting for 2 hours a month. And then I realised that I had access to a space in the Hive, could we create a group here? Based on my own experiences, I knew it had to have continuity. So I gathered a small group of people. We realised that being able to empathise with people in a similar situation was important but that there are varying levels of autism so no solution was going to be perfect. It was more important to try something and stay flexible with how it developed.

Fandom started with five people. Now we have twenty in the group, with a waiting list of half that number again. It works because it’s their group: we ask people what they like, what they want to do. We don’t assume anything. And the momentum around doing something every week is very, very important. People need to be able to build a connection with others to get them out of the house. We do comic book nights, gaming nights, we’ve gone to the cinema, and gradually got more people with more tastes. Because of that, people get to try new things and develop new interests. It got to a point where people come to me saying ‘I’ve never done this before, or I’ve never done that before, even ‘I’ve never been to a bar before’, or the Christmas Market and stuff like that, and people wanted to try something new without needing their parents, without being hand held.

More understanding. We need to better understand people’s circumstances and differences. We need to be open about difference, not shun it or feel awkward about it. It’s about seeing difference as a positive thing and working with people to help them play a role in the city’s future. Events and activities for people with autism need to be fun and vibrant, not stale and in a boring training room. A Successful Belfast for me is a place where people don’t take the easy way to build involvement but where we aim to get people involved in ways that are relevant for them. It’s about getting people out of their comfort zone.